E' giunta questa notizia su FB immagino da Stephanie Kelton per cui mi pare opportuno interrompere ogni polemica per ora ed esprimere tutti un pensiero di solidarietà e affetto per Randy Wray che è una cara e generosa persona.
I suppose it is time to share this sad news. The MMT family has lost someone very special to us, and we are all reeling from it. Randy Wray's wife, Shona Kelly Wray, died yesterday after suffering a brain aneurism. It is time for the MMT community (big tent) to come together and stop bickering over things that matter very little in life. -Stephanie

by RAMANAN on SUNDAY, 6 MAY 2012
In my previous post on government defaults and its connection to open economies, I had a comment from Sergio Cesaratto (who is full professor of Economics at the University of Siena (Italy)) which I liked. Since I don’t publish comments, I asked him if I could promote it to a post and he sent me an updated version which looks more like a post. I am publishing it as it is except for some formatting. – Ramanan 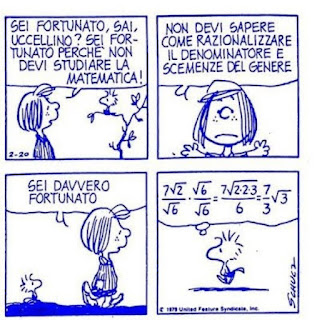 Sergio Cesaratto
The absence of a truly European central bank to guarantee the liquidity of the European sovereign debts aggravated (although it not originated) the crisis by letting the sovereign spreads to spiralling upward. As  consequence of the ECB deficient conduct, according to De Grauwe (2011: 8-10) the periphery’s public debts (PD) moved from a low risk to a high risk equilibrium, in his view from a liquidity to a solvability crisis.  This is not totally correct since the original troubles with the European periphery seem solvability, not of just of liquidity, and indeed it emerged when liquidity was abundant and the sovereign spreads low. According to Wray and his MMT fellows this abundance just delayed theredde rationem of the deficient Eurozone (EZ) monetary constitution, so that they attribute an almost exclusive relevance to the renunciation to national sovereign central bank (SCB) as the explanation of the European financial crisis.

[1] As Nersisyan and Wray 2010: 16 argue:  “With a sovereign currency, the need to balance the budget over some time period determined by the movements of celestial objects or over the course of a business cycle is a myth, an old-fashioned religion. When a country operates on a fiat monetary regime, debt and deficit limits and even bond issues for that matter are self-imposed, i.e., there are no financial constraints inherent in the fiat system that exist under a gold standard or fixed exchange rate regime. But that superstition is seen as necessary because if everyone realizes that government is not actually constrained by the necessity of balanced budgets, then it might spend ‘out of control,’ taking too large a percent of the nation’s resources.”