The Maastricht Treaty was signed on 9 February 1992. Thirty years later it is responsible for much suffering, inequality, and poverty within the fragile eurozone. 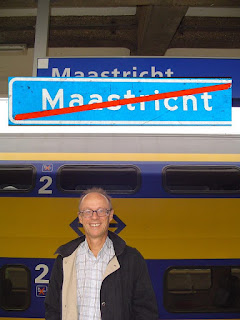 The Italian version of the article will be appearing in Micromega

I leave it to historians to reconstruct the international and Italian events that led to the ratification of the Maastricht Treaty (1992). Let us look here at some economic aspects in order to judge whether or not this treaty made any sense.

A European monetary union had been discussed as early as the 1950s. However, economic analysis had discouraged its creation because of the different degree of development and dissimilar institutions in the European countries. In particular, the so-called theory of optimal currency areas predicted a deflationary tendency of such a union. In fact, it would most likely have led to trade imbalances between member states to the advantage of the most competitive. Robert Mundell, the founder of this literature, had Germany in mind, which had been eagerly pursuing trade surpluses since 1950. Germany would certainly have refused to reduce these surpluses by expanding its economy and accepting higher inflation in order to import more from its partners. The German model required inflation to be lower than that of its competitors and the latter to expand, thereby importing more and increasing their inflation, thus widening their competitive gap to the advantage of Germany. Mundell then predicted that since the other countries could not run up trade deficits and debt ad libitum, they would eventually be forced to deflate their economies at the expense of growth and employment. This would have had a negative impact on Germany itself. To be sure, in the first ten years of the euro things seemed to go better, if not in Italy then at least in some peripheral countries like Spain. But it was an illusion due to construction booms financed by foreign loans, the harbinger of a financial crisis. Let me explain why.

At the time of Maastricht, no one had foreseen that, as has regularly happened in the past under fixed exchange rate regimes, the euro too would generate a cycle of foreign debt and construction booms in peripheral countries, leading to an international financial crisis. The freedom of movement of financial capital and the disappearance of exchange rate risk between the member countries of a monetary union are in fact the ideal breeding ground for international lending – as was the case with the Gold Standard, and with the policies of fixed parity with the dollar in many emerging regions that culminated in numerous crises in the 1990s. The convergence of long-term interest rates towards lower German levels did the rest. This was due to the markets’ conviction that, in spite of the Maastricht Treaty’s no bail-out clause, no European country would be allowed to go bankrupt, so that all government and bank bonds in the currency union were equally safe. Thus, like a construction super-bonus, the flow of capital from the core countries (Germany and its satellites) to the peripheral countries (Spain and the small countries that years ago were kindly called PIGS and then, alas, became PIIGS) fuelled construction bubbles, employment growth, imports from core countries and, last but not least, foreign debt.

The austerity that followed the PIIGS financial crisis was the bitter medicine that these countries needed to return to a current account surplus and repay their debt. Thus the European Monetary Union, after its hangover, returned to the deflation predicted by Mundell. Germany did not suffer much, as China was always there to absorb its production (while an overvalued euro was unfavourable to ours). Italy bore no responsibility for the crisis. Yet fiscal austerity and the ECB’s indolence, at least until Draghi’s presidency, made it pay enormous and unnecessary prices for which it should ask reparations to Germany, which in the meantime was taking advantage of its misfortunes (read Cesaratto, Brave New Europe, 8 December 2021).

If the discussions of the 1950s/early 1960s cast a premonitory shadow over the eventual deflationary outcomes of a European monetary unification, the single currency was discussed again in the midst of the monetary turmoil of the 1970s. In those years, however, the last stirrings of Keynesian wisdom suggested that monetary union should be accompanied by fiscal union (as in the famous MacDougall Report of 1977), a federal budget to equalize social standards, and to counter common (business cycle) or asymmetric shocks affecting individual countries. A federal budget would have had the function of warding off the spectre of deflation predicted by Mundell.

The monetarist gangs led by Reagan and Thatcher swept away this wave of common sense. Fiscal policy was branded as useless and inflationary. Monetary policy ineffective in combating unemployment. The right course of action was to hand control of the monetary policy back to independent central bankers with the sole mandate of price stability. Flexible markets were the solution for growth and employment. The Italian version of the monetarist revolution had its sublime moments in the participation to the European Monetary System (EMS) in 1979, in the “divorce” between the Bank of Italy and the Treasury in 1981, as well as in the workers’ historical defeat at Fiat in 1980. This regime change was led by politicians and technocrats like Andreatta, Ciampi, Padoa-Schioppa, for God’s sake all sincere democrats who are still celebrated as glories of their country, but who bear a not insignificant historical responsibility for the subsequent Italian disgraces. The attempt to inflict the fiscal rigour necessary in a regime of fixed exchange rates on governments that did not want to hear about it, together with the liberalisation of capital movements, led to the disaster of the Italian public finances. This disaster was not so much due to excessive public spending as to the failure to combat tax evasion and, above all, to the high interest rates due to the coupled EMS-divorce cum liberalisation of capital movements. Later, with the euro, tighter public finances and lower interest rates allowed Italy to reduce the debt-to-GDP ratio from 120 to 100 per cent pre-financial crisis – but the EMS-divorce disaster is still with us. For three decades, the price of the Italian Sisyphean effort to reduce the debt-to-GDP ratio has been the stagnation of productivity, the real source of a country’s material wealth. Lower debt rates could have been achieved by avoiding the Bankitalia/Treasury “divorce”, the liberalisation of capital movements and the erosion of external competitiveness, first with the EMS and then with the euro. Some fear that without European discipline Italy present would have gone the way of Erdogan’s Turkey or Argentina. I presume Italy would have done better than these negative examples. Andreatta, Ciampi, Padoa-Schioppa etc. wanted to stabilise Italy in the EMS and then in the euro. The results are not commendable. Perhaps we should all reflect, especially on the Italian left.

Down with Maastricht, unless…

The fact is that the Maastricht Treaty had a liberalist structure: no federal fiscal policy; constraints on national budgets; monetary policy with the primary objective of price stability. Do these precepts make sense? One of them does, although this may surprise some of my readers: the constraints on national public finances. Expansionary fiscal policies imply that the Treasury (the spending arm of the government) is supported by a compliant central bank, which secures the nominal value of government bonds by acting as buyer of last resort, and indeed by buying government bonds it lowers their yields and the interest payment burden on the public purse. In the absence of a national central bank to back up the Treasury, the possibility of deficit spending disappears, or is financially very risky if excessive or persistent. In the United States, individual members of the Union are bound (de jure or de facto) to a balanced budget, as are the Italian regions with the domestic stability pact. The United States, however, has a large federal budget, backed up by the central bank, which makes equalising fiscal transfers between the states of the Union, and which is responsible for counteracting the economic cycle ( for a comparison between the European monetary union and the United States, see the excellent paper by Barba and De Vivo). Furthermore, the US Federal Reserve’s objectives are both price stability and full employment. The European stability pact is therefore to be welcomed, provided it is accompanied by a significant federal budget and a central bank with the dual objective of prices and employment.

The difference between American and European economic governances has to be explained politically: the United States is a nation characterised by many ethnic groups but which, roughly speaking, recognise themselves in a single national identity (a famous American progressive magazine founded by abolitionists in 1865 is called The Nation). This is not the case in Europe, where European identity is something very shallow. The United States is therefore able to share resources over the Union through the federal budget; in Europe, however, there are problems in doing so even within individual member states (between Catalonia and Spain, Flanders and Wallonia, East and West Germany, North and South Italy, and so on), let alone between nations. The situation is aggravated by Germany’s mercantilist orientation, which sees monetary stability as the key, alongside quality, to the competitiveness of the goods it exports, with exports being the driving force behind that country’s economy. This leads to a deep reluctance on the part of the German establishment towards expansive fiscal and monetary policies, which are conducive to higher inflation.

Can Europe do better?

What could bring Europe closer are external threats, in particular the Chinese economic and technological challenge. Europe is revealing its energy fragility, but why not set up a more conciliatory policy with Russia, which is worried about NATO on its borders. Europe should respond to the Chinese challenge with industrial policies on a European scale, also aimed at harmonious development between the different regions. It would be disastrous for Europe to allow important member states (read Italy) to plunge back into inconclusive fiscal austerity, which could put the break-up of monetary union back on the agenda. European guarantees on national debts should therefore be ensured both through the central bank and through a European debt agency. A path must also be taken towards a European budget with social objectives and to counter the economic cycle. Of course, the Treaties are difficult to change, but the ECB’s objective of price stability must be accompanied by that of employment. The European social message must go beyond the empty rhetoric on which pro-Europeans have been fed up to now, and take the form of concrete objectives for equalising social rights over the Union. Unfortunately, these goals cannot be achieved by calling for solidarity, as is typical of pro-European rhetoric. External threats can be a driving force for common action, but they risk resulting in each country trying to get by on its own, of which Germany is a champion in its appeasement policies with Beijing aimed at encouraging its investments in China.